Adventurer's Guild TEMPUS's publicist.
He proclaims himself an alchemist, but nobody has ever seen him in action.
Muddling the waters even further are his business ventures which take him all around Elysium.
Nobody knows what his actual profession is.
What does his "alchemy" even consist of… making potions?

The type of person who stares right into the abyss.
Rumors say he will do anything it takes to uncover the truth behind the world, and that he's hiding a dark side to him.

"Alchemists have the wonderful ability to grant people's wishes!" 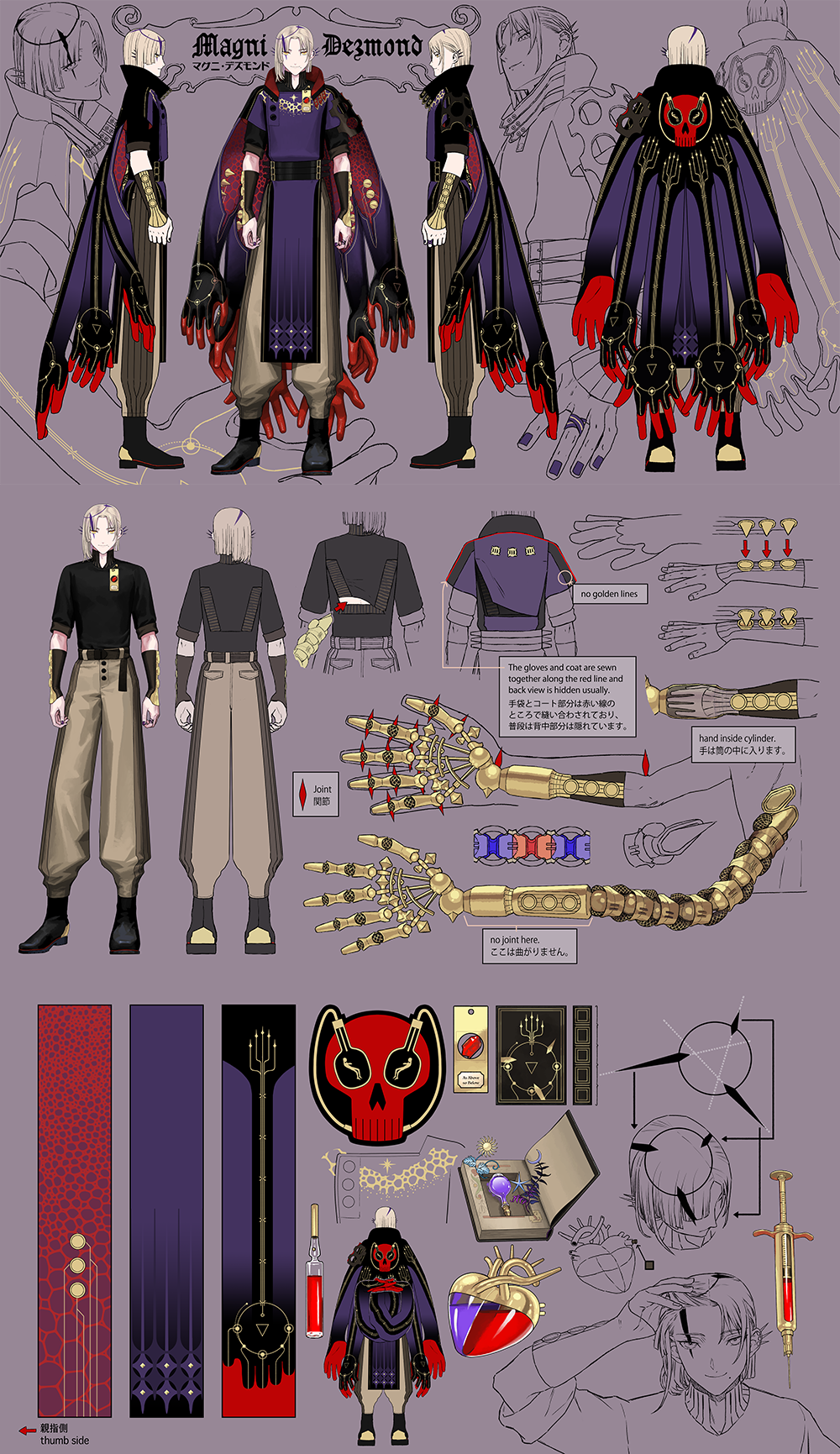