This new, long-awaited English-speaking VTuber group “HOLOSTARS English” has been created under the current existing VTuber agency “hololive productions”! At the same time, a new unit known as HOLOSTARS English -TEMPUS- will be debuting. The members will be made up of 4 individual talents, Regis Altare, Magni Dezmond, Axel Syrios, and Noir Vesper.

The 4 talents will begin their activities on Twitter starting as of today. Their debut streams are scheduled for the first 2 talents on July 22nd PST, 2022 and the final 2 talents on July 23rd PST, 2022.
For further details, please refer to each talent’s profile section below.

The most popular pub in the downtown area, which became synonymous with the guild after TEMPUS was formed there and members of the guild began to assemble.

The name symbolizes a turning point in the founding members’ lives, as they look to resist the status quo and seek to change the world as adventurers. 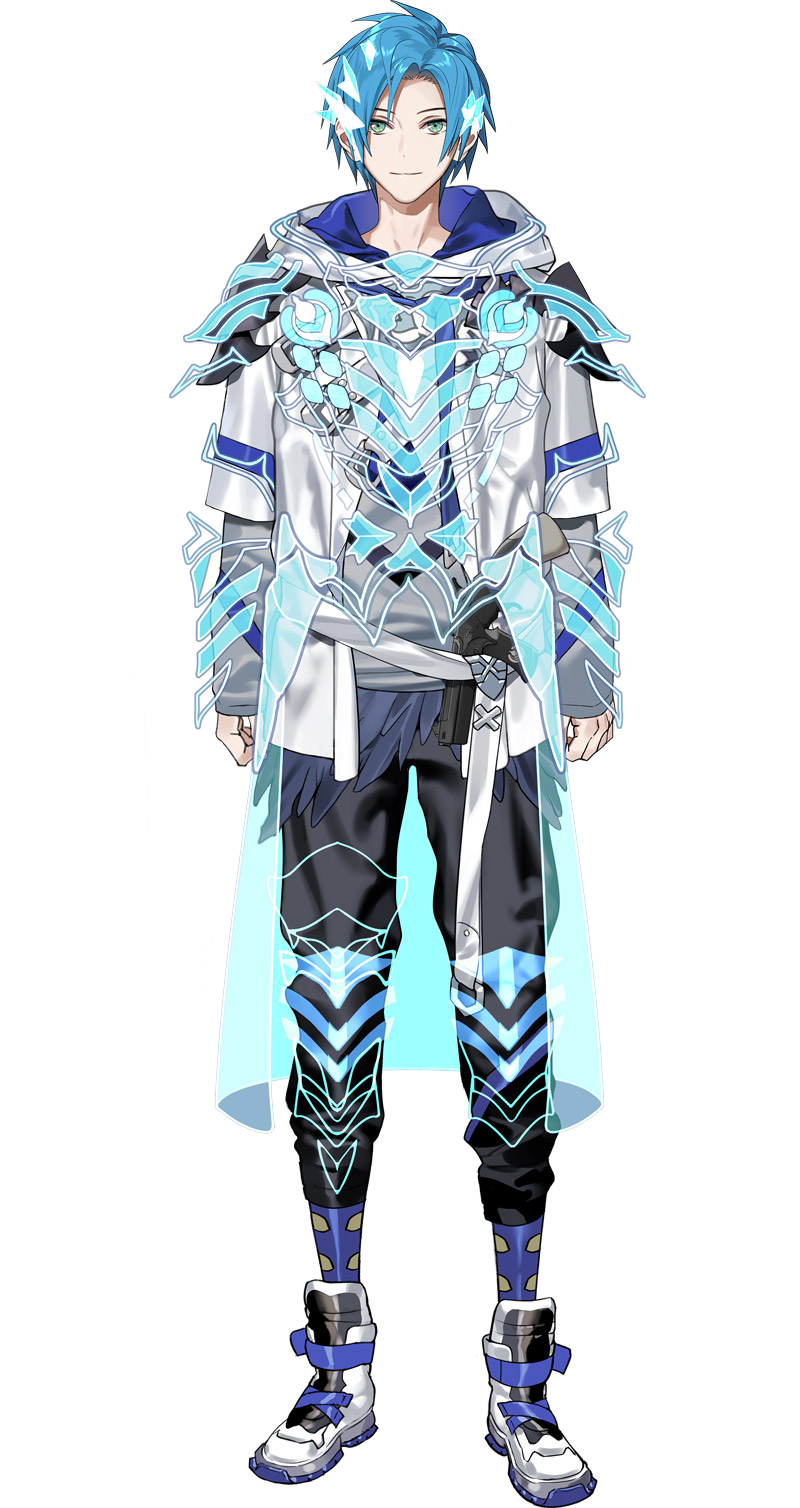 The founder of Adventurer’s Guild TEMPUS.

The first-ever adventurer to set foot in Elysium, he dislikes stagnation and the status quo.

He is childish at heart and generally bungles everything he touches, and yet he is inexplicably popular among his peers.
His earnest straightforwardness may well lead to him being called a “hero” one day.

“The masses chose not to act. So I’ll take a stand in their stead.” 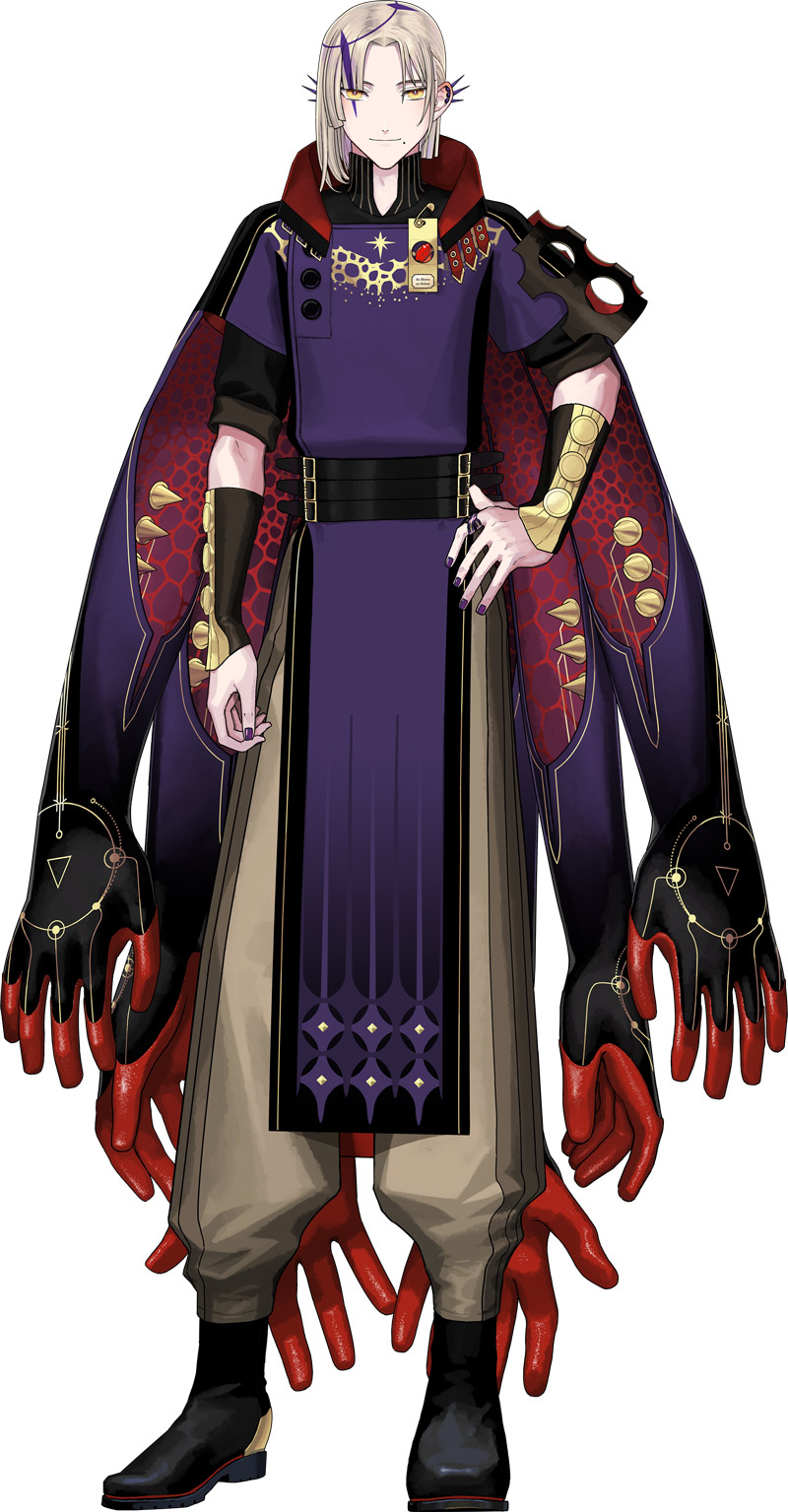 He proclaims himself to be an alchemist, but nobody has ever seen him in action. Muddling  the waters even further are his business ventures which take him all around Elysium.

Nobody knows what his actual profession is.
What does his “alchemy” even consist of… making potions?

The type of person who stares right into the abyss.
Rumors say he will do anything it takes to uncover the truth behind the world, and that he’s hiding a dark side to him.

“Alchemists have the wonderful ability to grant people’s wishes!” 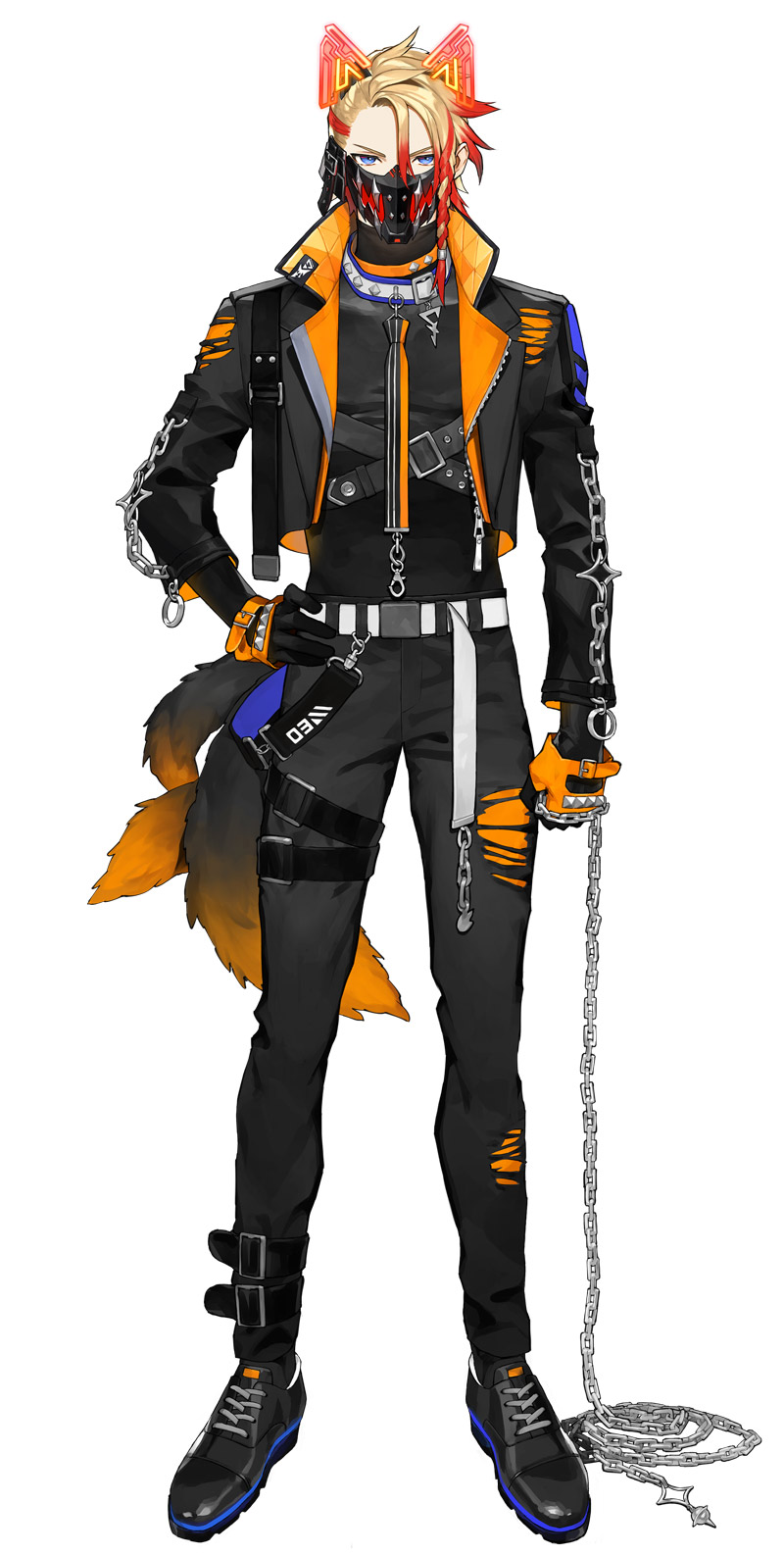 The chief of human resources in Adventurer’s Guild TEMPUS.

He is the owner of the combat arena, and a gladiator himself.

He joined Tempus on a whim, only to take a real liking to it.

Has always swiftly resolved any problems he has faced by sheer instinct, and thus considers himself somewhat of a doctor.

“Doctors resolve the root cause of a problem, right? Well, I destroy it. So I am a doctor.” 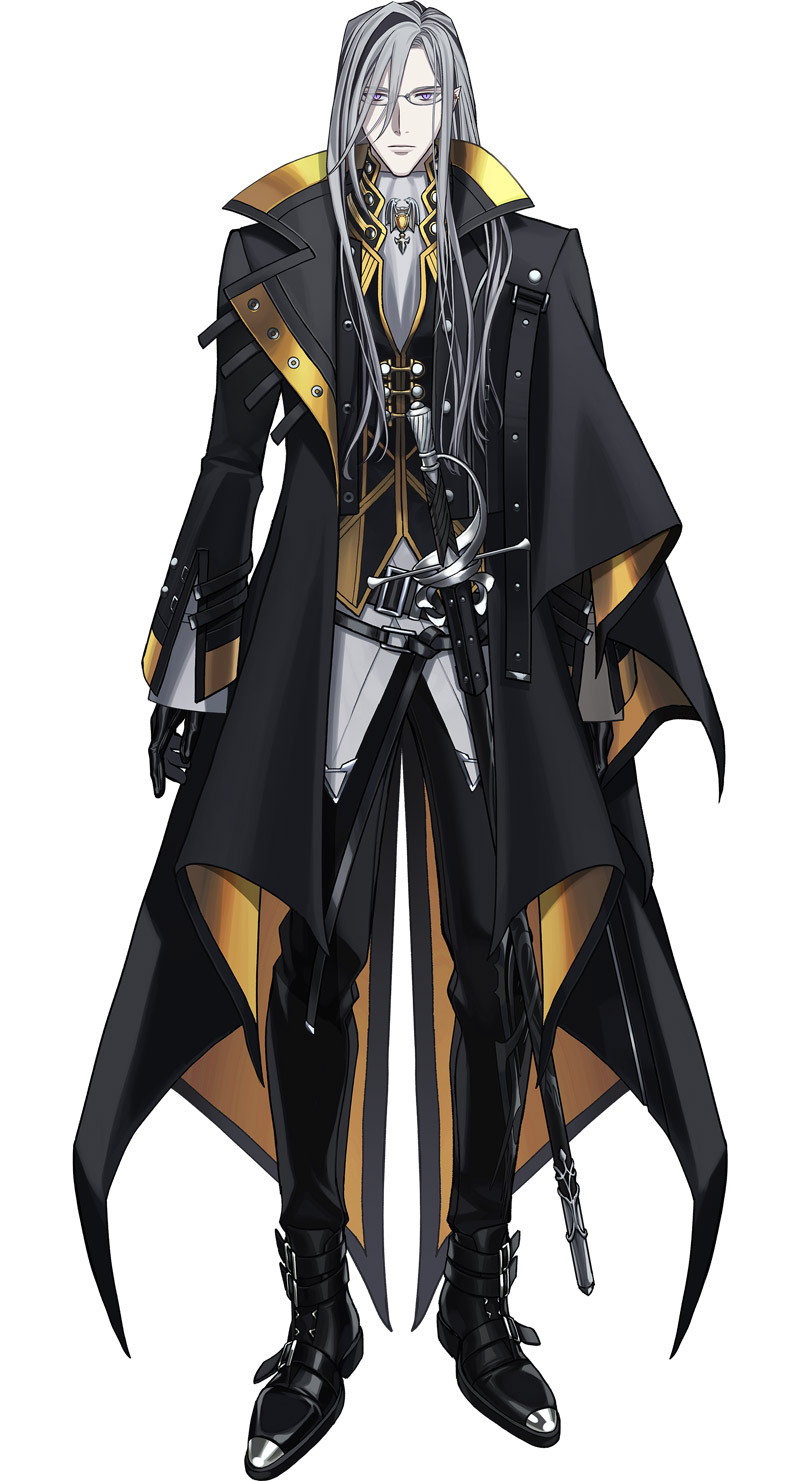 He also holds the posts of custodian and arch-scholar at the Grand Library.

Logical and rational at all times, he doesn’t lift a finger unless completely convinced by something.

He has an aversion to sunlight due to spending too long cooped up, absorbed in his research.

“It’s his childish nature that allows him to speak so freely about his dreams. He might even actually let everyone around him dream.” 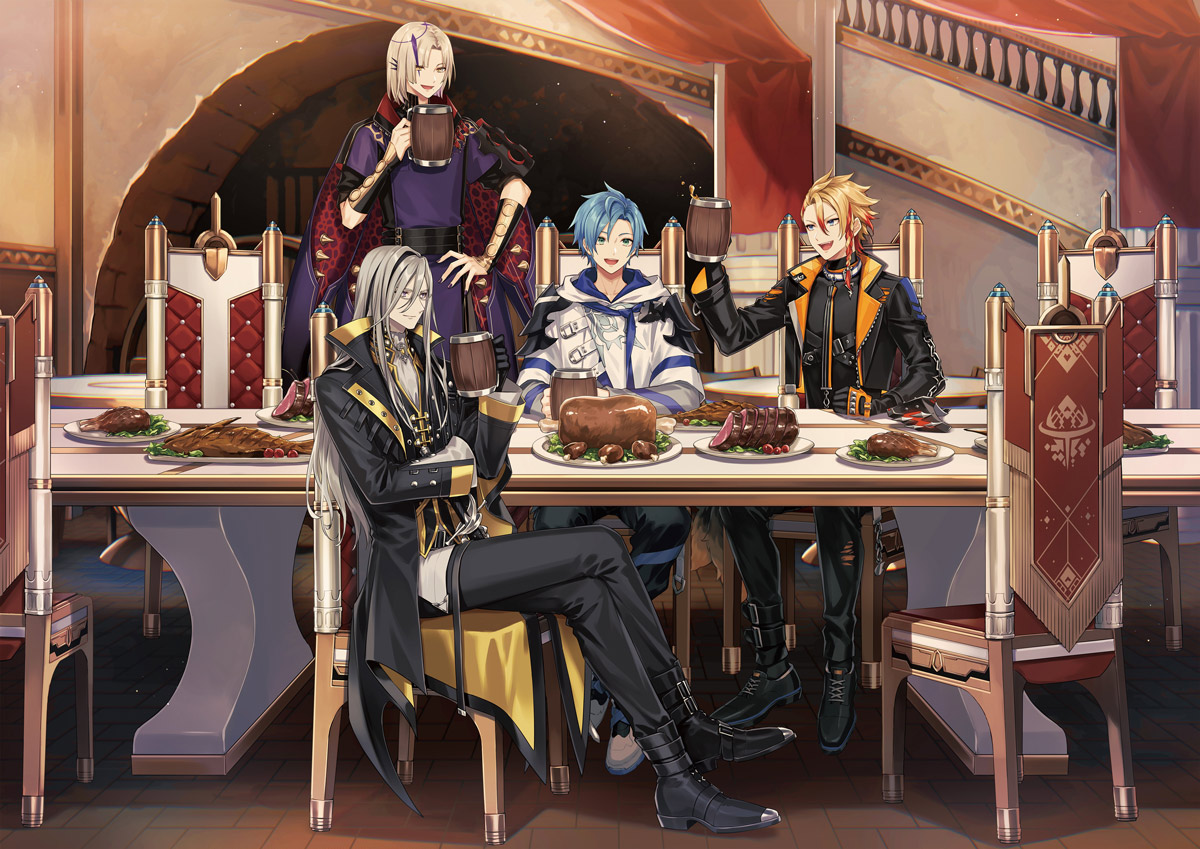 After all individual debut streams for the new talents of “HOLOSTARS English -TEMPUS-” have ended, the very first collaborative stream of all 4 members will be scheduled on the following date below.
Please take this opportunity to watch their first group stream!

HOLOSTARS English is under hololive productions and is an English-speaking VTuber group. Following hololive English, they will be applying our company’s proprietary technology and will be using various platforms such as YouTube for uploading videos and live streaming.