Is that all you have got? You fail to entertain me!

The exorcist of Adventurer's Guild TEMPUS.
Dual wielding spears, he is the latest of a long line of exorcists who have defended Xenokuni from the evils of the world.

He fights not only out of a sense of duty, but also because he feels a special kind of excitement when on the frontlines. Unfortunately, his right hand is being eroded by the scourge of Records Corruption.
Has inherited Karasutengu data, and thus possesses otherworldly leaping ability and endurance.

Joined TEMPUS after the battle in Xenokuni. 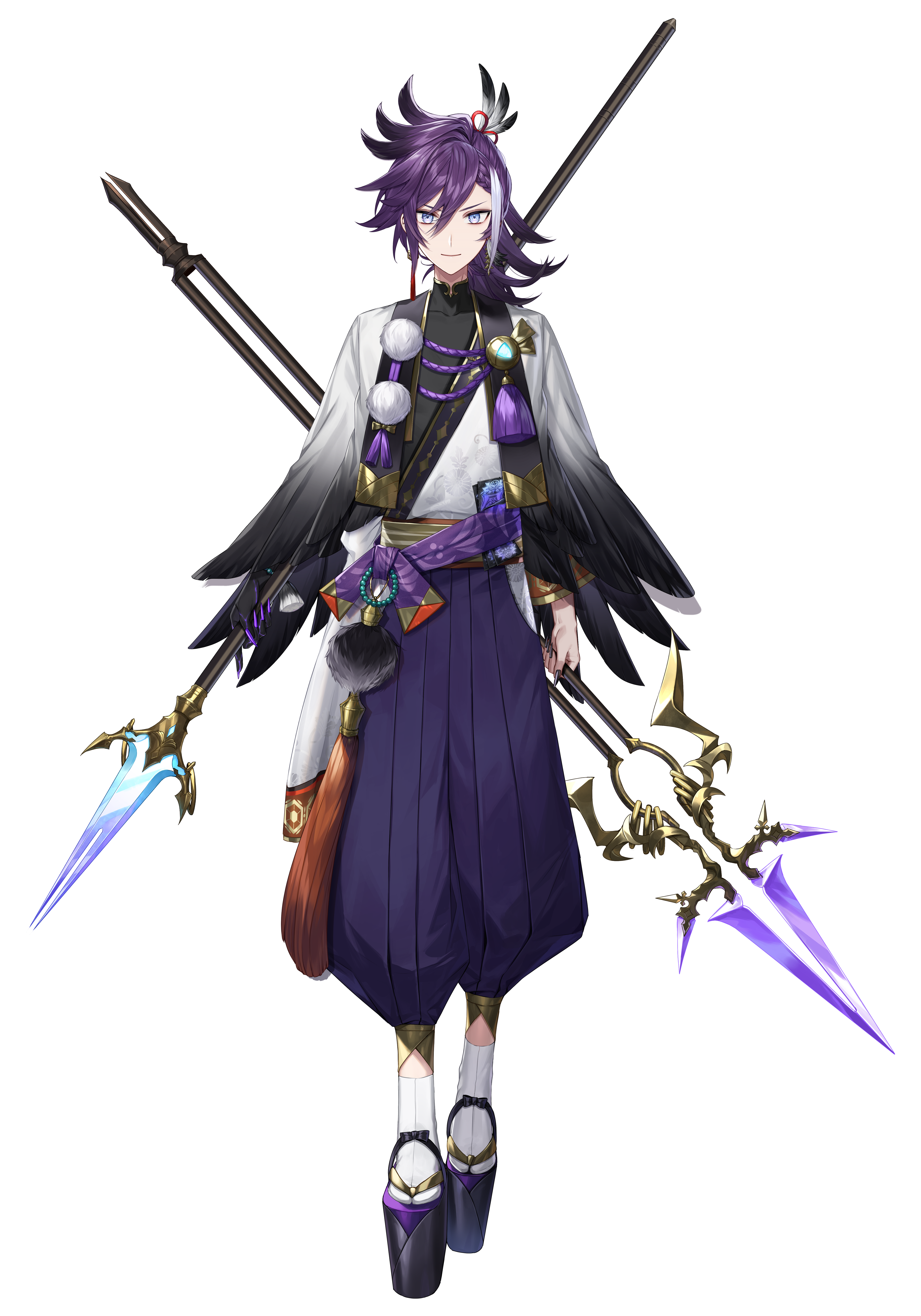 Give a message to your fans!
HAKKA HAKKA HOLA! Problems with spirits, not on my watch, here to protect and save you all, for a good price hehe. No but seriously, Here to hang out and have a blast learning and having fun, feel free to stop by!